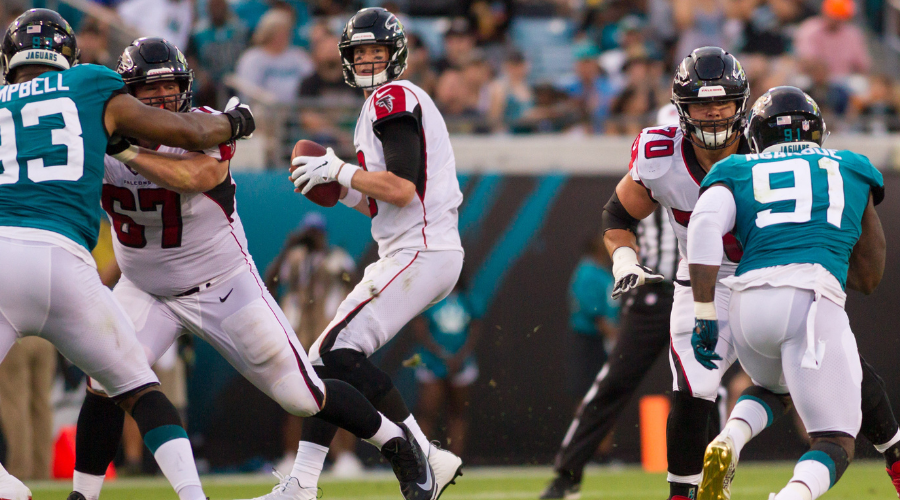 It is finally that time of the year: One of the greatest sporting events in the world is approaching and the entire globe, yourself included, cannot wait to see who is going to be the winner. Will the Tampa Bay Buccaneers, led by Tom Brady, retain the title or another team to conquer the Final? Only time will tell us.

The 56th edition of the Super Bowl will take place at SoFi Stadium in Inglewood, California on February 13, 2022. In addition to the sporting importance of the occasion there is also an artistic and entertainment component: the halftime show. Gathering the likes of Michael Jackson, Beyonce and Lady Gaga this performance attracts all sort of people that just tune in for the half-time entertainment or to try to spot A-list celebrities in the crowd.

An interesting stat that can further describe the extent of the event is the record-breaking average TV-audience of 114 million viewers recorded in 2015. It is therefore no wonder that companies fight each other to conquer advertising’s slots. An incredible price tag of $6 million for a 30-second spot in the event has been set up by NBC which is eager to generate millions of dollars in revenue from the match. According to executives familiar with current negotiations, this will set a record in pricing for Super Bowl commercials.

Now, imagine having your logo printed on a spectator’s jerseys, caps or water bottles and this spectator being filmed live, you would gain millions of dollars in advertising for free. This is the power of promotional products. Get your logo seen. 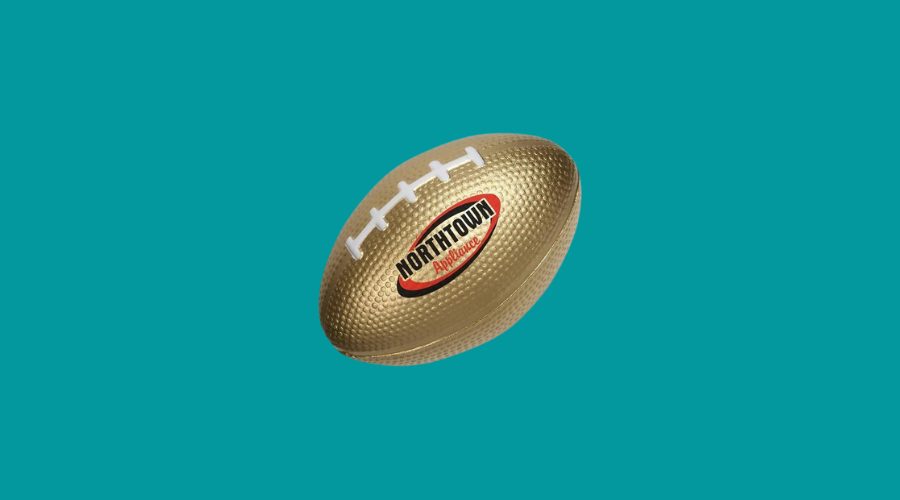 This Small Football Stress Reliever is probably going to be your best friend for the next few weeks. Almost any team can be represented with one of the 12 fantastic colors. Measuring 3 1/2", each ball is handcrafted out of polyurethane foam and can be customized with a team name, logo, marketing message and more. Great for stadium giveaways, fundraisers, booster clubs, sports-related giveaways, etc. Help take out all your anger and anxiety during the match in a safe way and more importantly without damaging any objects around you. 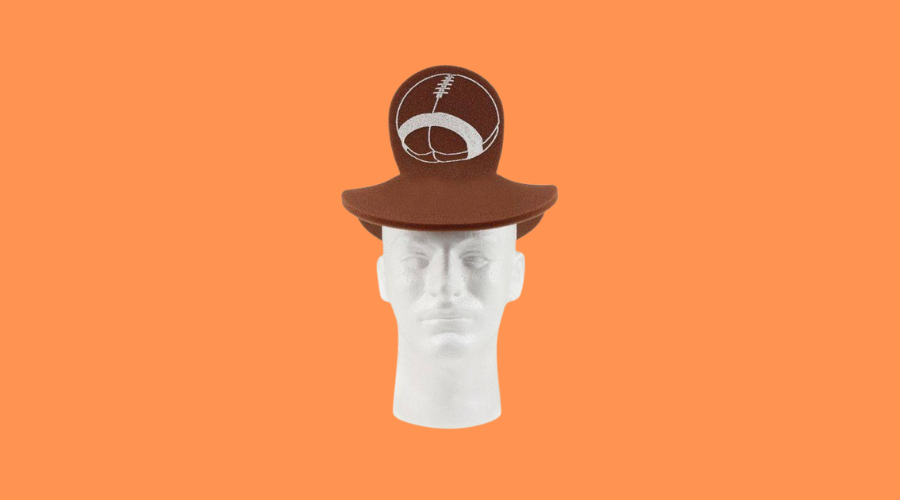 Perfect for any football fan, this Football Pop-up Visor is the novelty item you need to boast at your tailgate party or company event. It's made with flame resistant foam and phthalate-free inks for safety compliance. This visor pops up into the shape of a football. There's a large imprinting area to represent your brand, company, or logo. This visor comes in a variety of colors that can meet any of your promotional needs. 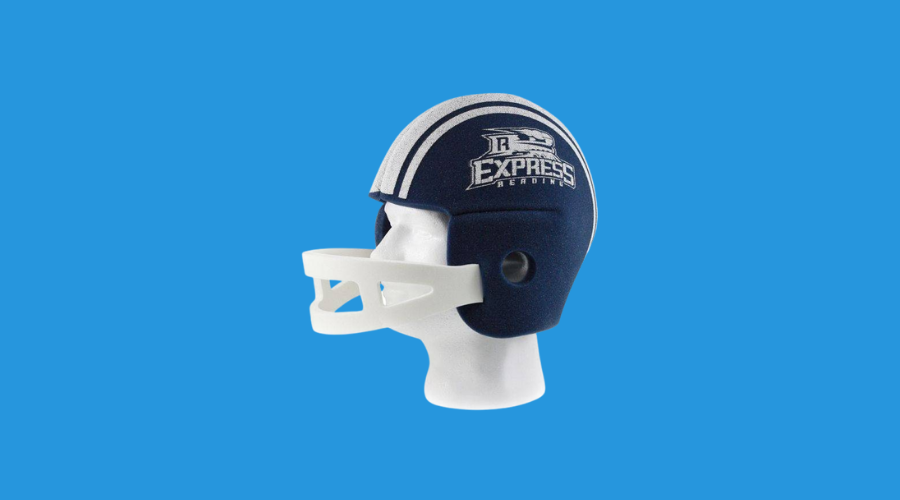 Everyone wants to be a part of the action - well, with the Foam Football Helmet they can at least pretend that they are a part of the team. This foam football helmet is one size fits all. It comes in several colors that can match any team's colors. Imprinting is easy with silkscreen or full color heat transfer, so go ahead and brand with your team and company name or logo and get your head in the game! 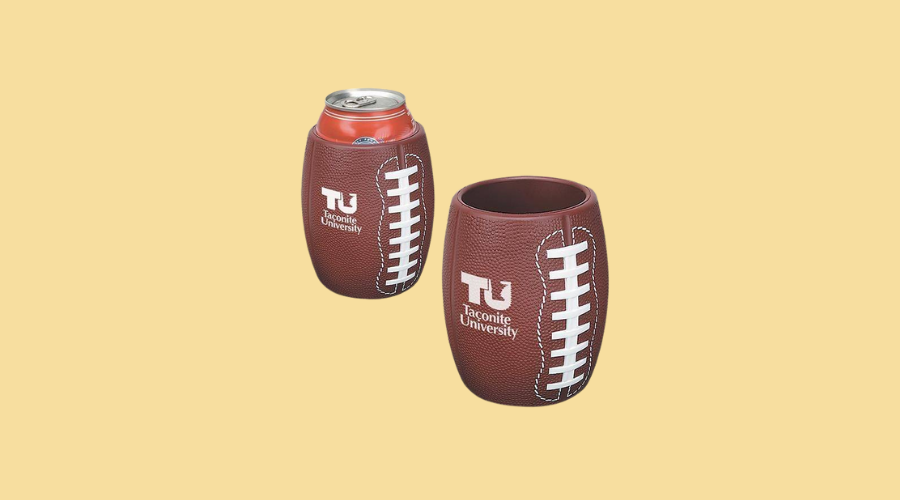 It has been scientifically (ish) proved that it is impossible to watch a Football Match without having a beer or a drink in your hand. Your clients will love walking away from your business with this Football Can Holder in hand! It's made of strong flexible Polyurethane, holds a standard 12 oz. and has that classic football design that's perfect for use when watching the big game. It will be perfect to keep your beverage and add that extra touch while watching the game. Great for giving out at tailgating events, picnics, barbecues and much more. Add your company name or logo and interest people in more of what you have to offer! 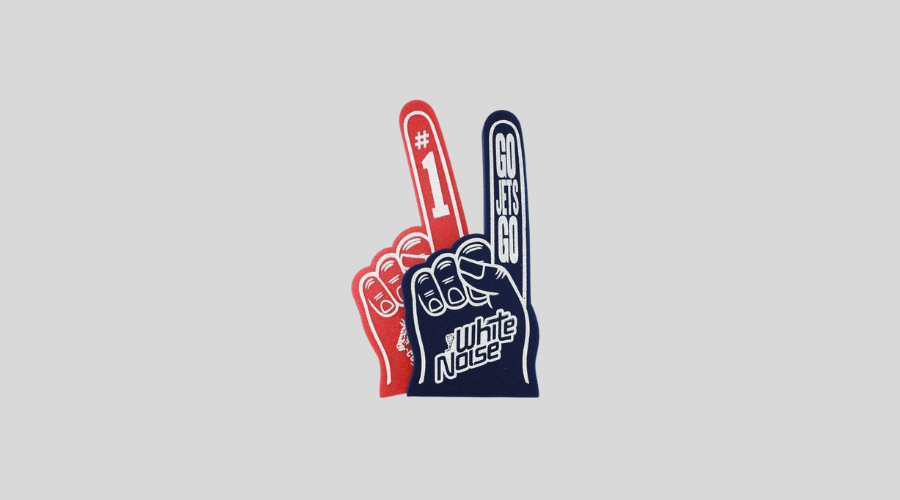 Let your customers know they are #1 with this handy giveaway! Our 18" Foam Finger cheering novelty is made with flame resistant polyurethane foam. This mitt may be compression packed at no extra charge. Perfect for stadiums, arenas, and corporate rallies it will make you stand out whether if you are in the stadium or in the bar.

Inspiration direct to your inbox, please enter your email below...

We accept the following

© Everything Branded USA Ltd. Part of the Everything Global Ltd Group. All rights reserved. Registered in England. Registration number: 11015742.

We accept the following

Design and development by KAL Group